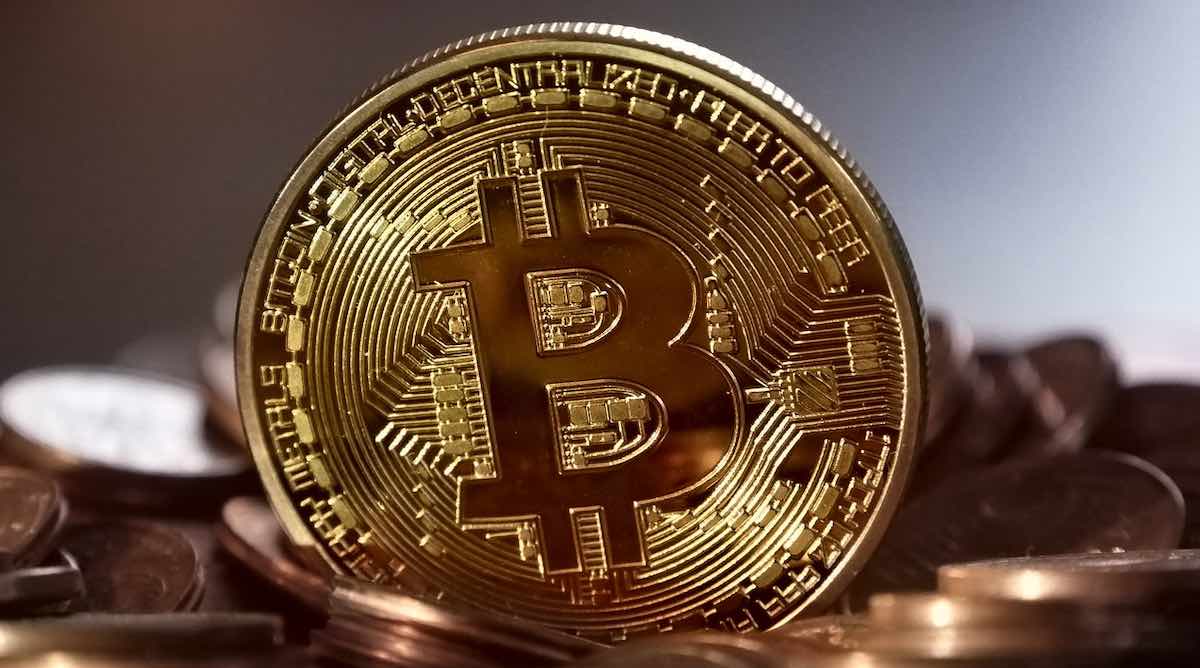 Bitcoin is a digital currency, a kind of cryptocurrency which is based on blockchain technology. But what is bitcoin really? Where does it come from and how to buy some?

Let us present the ideas of bitcoin and how it works in this short guide.

Bitcoin is a cryptocurrency that was created in 2009 based upon the ideas of the mysterious Satoshi Nakamoto. Today it is one of many thousand cryptocurrencies, but definitely the largest in terms of market cap. The short form is BTC.

How to buy bitcoin?

There are various ways to buy bitcoin. You can either buy the cryptocurrency directly or a financial instrument that tracks the value of it.

If you actually want to own real bitcoin you need to buy it on one of the many crypto exchanges out there. There are plenty of options, like Binance, Bitfinex, Kraken and Poloniex.

When buying real bitcoin you should preferably store it safely in a digital wallet although it is always possible to keep it at the trading account of your exchange.

There are two kinds of wallets:

For getting started, everyday trading and relatively small amounts a hot wallet is convenient. You can quickly access your money online. The downside is that you always risk losing your bitcoin if the operator of the hot wallet gets hacked, goes into bankruptcy or is confiscated by a government. Coinbase is a popular option.

A cold wallet on the other hand is much safer. You just need to make sure that you make good and frequent backups and store them in a safe place.

Do you just want to trade on the bitcoin price or invest in the crypto currency long term but avoid any direct ownership in it?

There are many bitcoin trackers on the market. Most bigger stock trading platforms have some kind of tracker certificates for bitcoin and other cryptocurrencies. When buying a tracker certificate, you actually do not own bitcoin, it only follows the price of the currency.

Another option is to buy Bitcoin CFDs (contracts for difference). It is a kind of trading instrument which allows you to quickly buy and sell (and even short) bitcoin without owning it.

A third option is buying bitcoin ETF. It is an exchange traded fund that owns bitcoins. When you own an ETF there is actual bitcoin backing up the price of the fund, but you never have to worry about storing your keys.

How does bitcoin work?

At first glance it can be difficult to understand how the cryptocurrency bitcoin works. Let us explain it shortly.

1. Bitcoin is a cryptocurrency

To start with, Bitcoin was designed to be decentralized. It means no bank, central bank or state controls the currency or its creation.

Instead, it is based on a kind of ledger system, also called the blockchain. Using this kind of system bitcoin and other cryptocurrencies are created, distributed, traded and stored.

It sounds difficult, but users like you and me never have to think about the technology behind bitcoin.

So how does it work?

Think of it as a list with balances. Everybody who owns bitcoins is on the list – not your name and surname, but rather your funds. When you do a transaction, the balance of bitcoins of the sender is decreased and the balance of the receiver is increased with the same amount.

It is as simple as that.

It is much like a normal transaction from one bank account to the other. The difference being that there is no middleman. There is no bank in between. The transaction goes directly from person A to person B.

2. Bitcoin is a rather safe system

Since all transactions are transparent it is virtually impossible to cheat the system. Seriously? Well, in theory a vicious individual or corporation could corrupt the system but to do so he or she would need to control at least 51 % of the computers that operate bitcoin. Practically impossible.

For each transaction you need a public and private key. The public key can be compared to a bank account. When sending bitcoins, you enter the public key of the recipient.

The private key can perhaps be compared to the PIN code when getting cash from an ATM. You need to keep it safe since anybody who gets your keys can get your bitcoins.

Together the public and private keys are part of the algorithm that works at the core of the bitcoin encryption.

Thanks to digital wallets, trading platforms and other financial services it is easy to send, receive or trade bitcoin.

How many bitcoins are there?